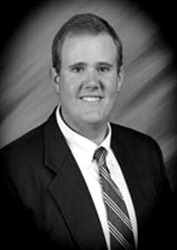 Arthur Barksdale is a partner with Alvarez, Winthrop, Thompson & Smoak, P.A. His practice is focused on commercial and business litigation. Arthur has represented financial institutions both large and small in a wide range of civil litigation including foreclosures, replevin, collections, and garnishments, and has also defended them against claims of statutory consumer protection violations. He provides aggressive representation while ensuring faithful compliance with the numerous regulations governing the banking and collections industry. Arthur lends his expertise to the firm’s commercial transportation clients when contractual disputes arise between brokers, shippers and carriers, as well as between carriers and drivers. He also has significant experience in the areas of construction, professional licensing, landlord-tenant, and hospital lien law. Finally, Arthur has represented various clients in appeals in both State and Federal Courts.

Prior to becoming an attorney, Arthur attended the College of William and Mary where he earned a degree in Economics in 2004. He then attended law school at Florida State University where he earned his Juris Doctor in 2007. Arthur is a member of the Florida Bar and the State Bar of Georgia. Arthur is admitted to practice law in all of the Courts of the State Florida, as well all State and Superior Courts of Georgia and the Georgia Court of Appeals. He is also admitted to practice in all United States District Courts in Florida, as well as the United States Court of Appeals for the Eleventh Circuit.

Arthur has been a resident of Orlando, FL for over 30 years, and outside of the office he enjoys tennis, golf and spending time with his family. An Eagle Scout himself, he is active with his son’s Cub Scout Pack and is an avid outdoorsman.