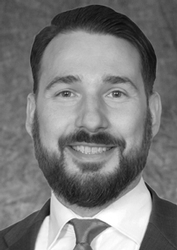 Adam received his Bachelor of Science degree from Syracuse University in 2008, as well as his commission as an Officer in the United States Army. During his service with the Army, Adam was stationed in numerous overseas postings including: Germany, Korea, and Afghanistan. Adam served in the United States Army until 2016, where after, he received his Juris Doctorate and Master of Laws from the University of Alabama in 2020. While in law school, Adam served as the Veterans' Legal Assistance Fellow and participated in the Elder Law Clinic.

Adam is originally from Dryden, New York and has resided in Florida since 2020. When he is not working, he enjoys spending time with his friends and family, and his dog, Scout.