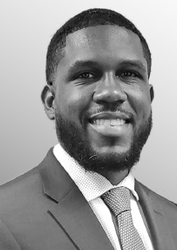 Darren Blake Zeigler is an associate with Alvarez, Winthrop, Thompson, & Storey, P.A. His practice is focused on general civil litigation and insurance.

Prior to joining AWTSPA, Mr. Zeigler was a prosecutor at the State Attorney’s Office in the Ninth Judicial Circuit where he tried numerous criminal cases to verdict.

Mr. Zeigler was born and raised in Jacksonville, Florida.