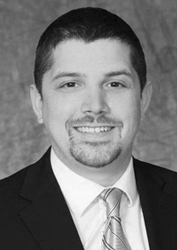 Brian attended the Florida Agricultural and Mechanical University College of Law in Orlando, Florida. While in law school, he was on the executive board of the Criminal Law Society and worked in the Florida Bar’s Certified Legal Intern Program for the school’s Criminal Defense Clinic, where he gained his first in-court experience and was able to represent criminal defendants in court under the supervision of his professor. There, he led meetings with clients and his supervisor to develop case strategy, appeared in court on behalf of his clients, negotiated with the prosecution to resolve cases in the best interest of his clients and advocated for his clients in having their criminal records sealed or expunged. Brian became a member of the Florida Bar in 2020.

Before law school, Brian attended the University of Central Florida and received a Bachelor of Arts in History and minor in Russian Studies in 2015. During his time at the University of Central Florida, Brian was immersed into the legal profession when he began interning for a local plaintiff’s personal injury firm. As an intern, he worked on multiple pharmaceutical multi-district litigations and reported directly to the assigned attorney for all matters for over three and a half years. During this time, he began to learn not only basic legal skills and concepts, but also the importance of maintaining positive relationships with clients in order to best meet their needs and interests.

After graduating from the Florida Agricultural and Mechanical University College of Law in 2019, Brian accepted a position with the State Attorney’s Office of the Ninth Judicial Circuit for Orange County. He represented the State of Florida, prosecuting both adult and juvenile criminal matters, ranging from misdemeanors and DUIs to felonies. His responsibilities in his cases included review of evidence and investigation, charging decisions, pretrial negotiations, pretrial litigation and trial. It was during this time that Brian gained invaluable courtroom experience and developed his oral advocacy skills.

Brian was born in Naples, Florida, but has lived in Orlando since he was seven years old. Outside of work, he enjoys taking advantage of the Florida weather and spending his time outdoors. While he rarely turns down an opportunity to go offshore saltwater fishing, he is also fond of hunting, grilling with his family and friends and taking his Siberian Husky Drago on nature trails. Brian grew up in a very sport-centric family and religiously follows the Pittsburgh Penguins, the Pittsburgh Pirates, the Tampa Bay Buccaneers, the Orlando Magic, Penn State and UCF.