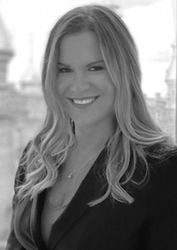 Ashley A. Radko is Of Counsel with Alvarez, Winthrop, Thompson, & Storey, P.A. She is excited to expand her legal knowledge into catastrophic injury cases while also broadening her legal acumen to include premises liability, commercial trucking, wrongful death.

Ms. Radko began her career as a prosecutor in Hillsborough County, spending five years honing in on her trial skills and handling everything from juvenile and misdemeanors cases, to prosecuting prolific criminal felony offenders. She has tried dozens of cases, fifteen as a first-chair, in front of various judges on the circuit bench, and believes that there is nothing as satisfying as trying your case to the jury.

Following her time as a prosecutor, Ms. Radko joined the Florida Department of Highway Safety and Motor Vehicles as a Troop Legal Advisor to the Florida Highway Patrol. It was in that position that she gained invaluable experience assisting the Traffic Homicide Investigation Unit successfully prosecute fatalities and became enthralled with accident reconstruction and biomechanics of injury.

Her time at the Florida Highway Patrol transitioned nicely into the world of personal injury when Ms. Radko began a new position as a Trial Attorney at Allstate’s Tampa Staff Counsel Office. While at Allstate, she handled a variety of cases, from high-volume windshield litigation, to uninsured/underinsured motorist claims, to bodily injury cases, and claims involving property damage. Ms. Radko successfully tried an underinsured motorist case to a defense jury verdict, and succeeded in arguing numerous motions to dismiss.

Ms. Radko is a proud native of Pittsburgh, P.A.