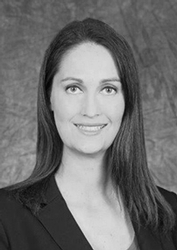 April C. W. Collins is an associate with Alvarez, Winthrop, Thompson & Smoak, P.A. Prior to joining AWTS April worked for a large regional defense firm where she defended general liability and personal injury claims. She previously represented insurance companies, retailers, apartment complexes, restaurants and theme parks. She now utilizes her extensive insurance defense knowledge to represent her current clients. April has obtained favorable results for her clients, both in court and at mediation.

April has been involved in the central Florida legal community for more than twenty years, beginning her legal career providing support to attorneys in 1997. She then attended Troy University and earned a Bachelor of Science degree in Criminal Justice in 2009, graduating magna cum laude. While working as a paralegal, she made the decision to attend law school and received her juris doctor from Florida A & M University's College of Law in December of 2011. She was admitted to the Florida Bar in April of 2012. While in law school, April served as a judicial extern for the Honorable Timothy Shea of the 9th Judicial Circuit. She also earned the Book Award (highest grade) in Advanced Trial Practice and Legal Methods II (legal research and writing). She continued her education with Troy University and obtained a Master of Science degree in Criminal Justice in 2014.

April resides with her husband and two children in the central Florida area. Outside of the office, April is an avid baker and enjoys running, kayaking and spending time with her family.